Old Glory is back in its right position at Perry Hall High School.

Councilman David Marks reported that his office received a phone call complaining that American flag at the high school was “tattered and upside-down”.

Marks explained that he later received an email from Perry Hall High Principal Craig Reed explaining that the flag pole was broken and could not be fixed since the school was shutdown due to COVID-19.

After word leaked about this problem on social media, Marks said the school received a hand from the fire department who repaired and fixed the flag.

“Many thanks to Jack Amrhein and the Baltimore County Fire Department, Engine 8 and Truck 8, for coming to the rescue – and to Baltimore County School Board member Julie Henn for her help as well,” Marks said. 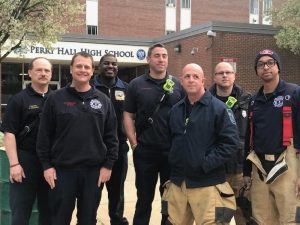 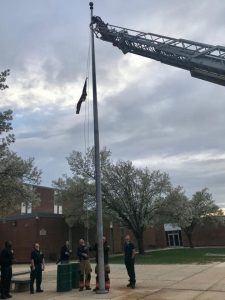