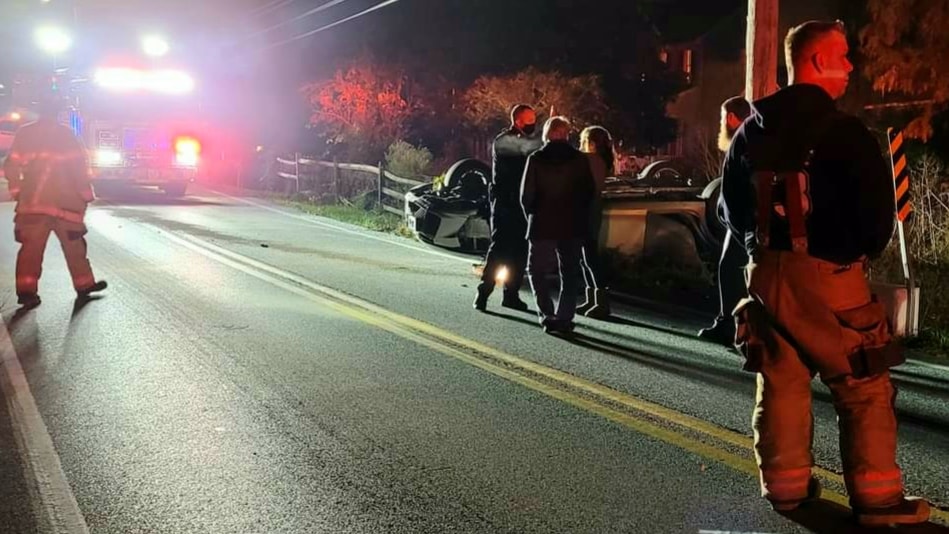 It was reported a child was initially trapped in the vehicle but the child got out of the car before the fire department arrived on the. At least one person was reported injured.