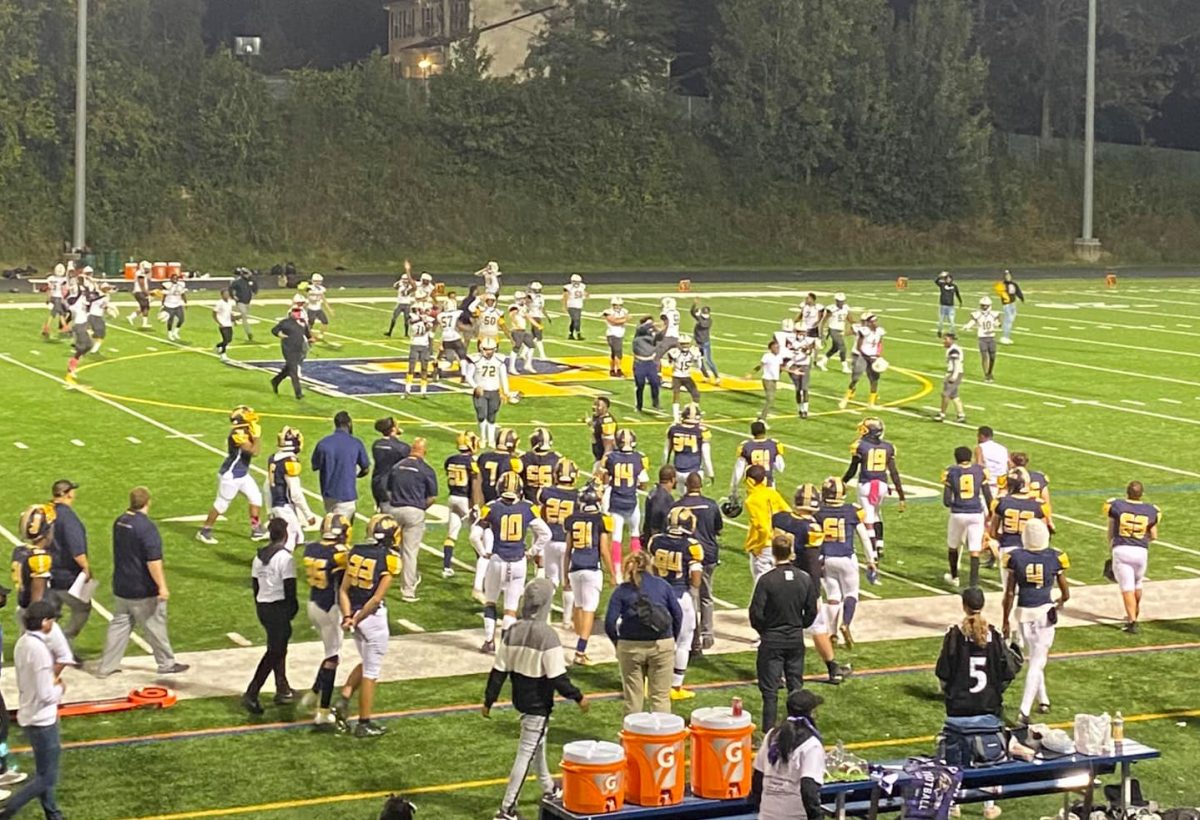 The high school football playoffs begin this weekend and for the first time all MPSSAA high schools have qualified for the playoffs, including all nine public schools in eastern Baltimore County from 9-0 Dundalk to 0-9 Eastern Tech. Here is a look at the regions with local schools.

4A East Region
5 Glen Burnie at 4 Parkville
The Knights finished 5-4 on the year and have a first round home playoff game against Glen Burnie. If they win, they will travel to Broadneck next week.

3A North
5. Patapsco at 4. Manchester Valley
The Patriots will play in their first playoff game since 2003 but they have to travel to Carroll County on Friday at 7 p.m. If they can pull off the upset, they will play at two-time defending state champion Franklin next week.

2A North
8. Eastern Tech at 1 Milford Mill
One of the downsides of allowing every team to make the playoffs is a winless team such as Eastern Tech is going up against a state champion contender in Milford Mill. Let’s hope this game does not get ugly.

5. Overlea at 4 Hereford
The Falcons lost 7-0 on Oct. 1 at Hereford. They get the Bulls in a rematch this Friday night. Overlea had a mid-season slide where they lost 6 out of 7 but they enter this game with a two-game win streak. Hereford is also hot going into this game as they have won six in a row after starting off 0-3. The 7-0 win over the Falcons started their winning streak. The winner will play at Milford Mill next week (unless Eastern Tech pulls off a major upset).

Class 2A/1A
5. Chesapeake at 4. Fairmount Heights
The Bayhawks looked like they were on the verge of a winless season at 0-3 but first year coach Chris Acab’s team upset Patapsco 14-13 and finished 3-2 down the stretch. They play in Prince George’s County on Friday. The winner plays at Baltimore City powerhouse Dunbar next week.

7. Central at 2. Sparrows Point
Of all the great football stories in eastern Baltimore County, Sparrows Point’s 7-2 record has to be the best story. The Pointers won seven in a row in the middle of the season. They will host Central High out of Prince George’s County on Friday. If Sparrows Point wins, they will host a second round playoff game against the winner of Largo and Carver (Baltimore City).