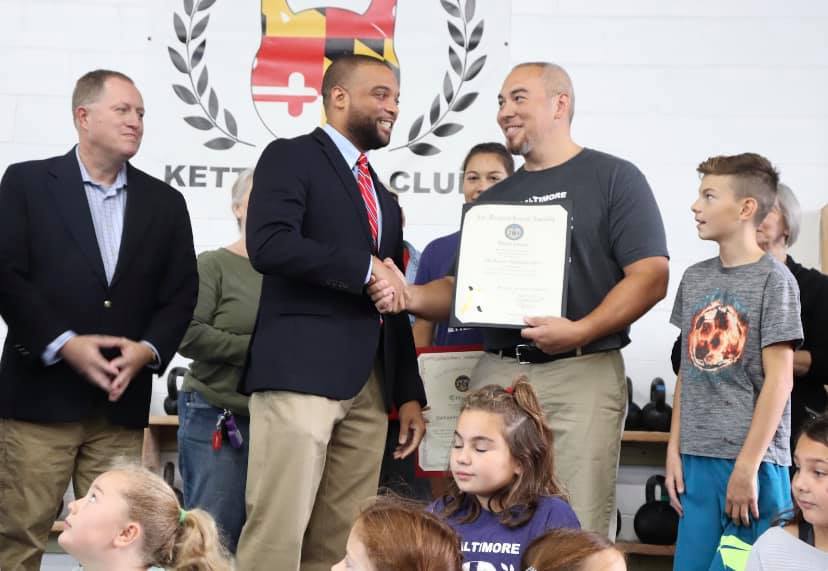 The Baltimore Kettlebell Club held their grand opening in Perry Hall on 4132 E. Joppa Rd. Kettlebell Club has been in business since 2011, and they moved into a larger location in the summer and held the traditional ribbon cutting on Saturday.

“Today, on behalf of myself, Delegate Harry Bhandari and Delegate Joseph Carroll Boteler I presented a citation from the Maryland General Assembly congratulating Baltimore Kettlebell Club on their new location in Perry Hall,” Jackson said. “I also had a chance to workout with some parents and kids as well.”

The Baltimore Kettlebell Club was founded by Dan Cenidoza and his wife Jessica 10 years ago.

“Dan Cenidoza ran a good event, with demonstrations of exercises they do with the parents and the kids, as well as various feats of strength and agility,” Boteler added.

“This has become a popular, family-oriented physical fitness organization – I was amazed at the number of kids today,” Marks said. “We are delighted to have this club in the heart of Perry Hall at the Festival shopping center on Joppa Road.