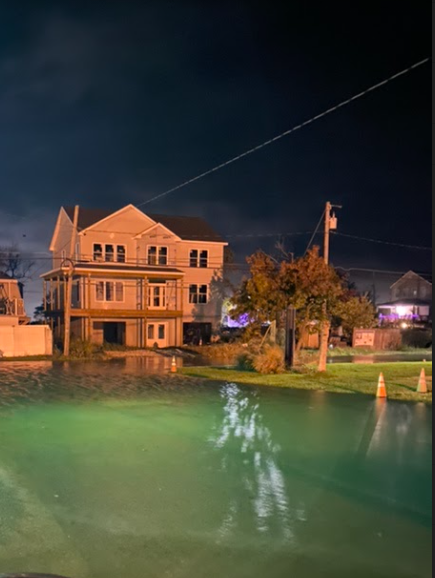 As predicted, eastern Baltimore County’s coastal lines were hit with bad weather. Many of the low-lying areas such as Bowleys Quarters, Edgemere and Dundalk were hit with high tides that flooded many homes and roads. That resulted in school and road closures on Friday.

Baltimore County Fire Department said that the storm is over but there is still a lot of damage left in the aftermath.

“Emergency crews are conducting damage assessments from yesterdays costal flooding and heavy rains. While water is receding there may still be flooded roadways. As always use extreme caution when driving and avoid driving through flooded roads,” said a statement for the Fire Department.