McCormick & Company presents their annual McCormick Unsung Heroes where they honor high school athletes who have been models of sportsmanship and team. The 2020 McCormick Unsung Heroes Awards will take place in a virtual format on May 11. Every school in the region has a male and female athlete nominated for the award and Eastbaltco.com will profile each athlete from eastern Baltimore County over the next week. Eastern Tech, Mount Carmel, Patapsco, Perry Hall, Chesapeake have already been profiled.

Kenwood
Track athlete Jade Malone is the female nominee and football and lacrosse player Austin Boothe is the male nominee for Kenwood High School in Essex. 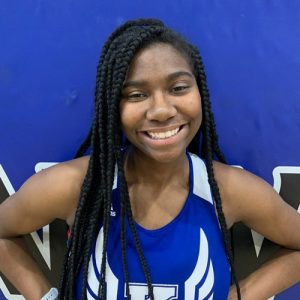 Malone was described by Indoor Track Coach Chris Mattern as team MVP and two-time captain for the Indoor Track team. She is a multiple time scholar-athlete award winner and a member of the schools AVID program. Mattern added that Malone has overcome and persevered through some hardships and adversity.

“The family tragedies she has overcome are truly remarkable,” Mattern said.

Kenwood Athletic Director Tony Ruocco said that Malone has been accepted to many four-year colleges and he said he is proud of how Malone has handled adversity.
[She is an] excellent student and has a very charismatic personality,” Ruocco said.

Boothe was a two-sport athlete at Kenwood where he played football and lacrosse. His football coach Derrick Krumholtz stated that Boothe was accepted to Towson and Stevenson but he decided to attend Alvernia University in the fall to play football.