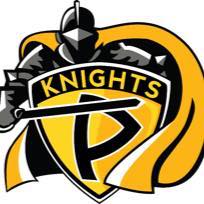 It was not a question of “if”, but “when” the Maryland Public Secondary Schools Athletic Association (MPSSAA) would officially cancel its high school sports season due to COVID-19. The official announcement came Tuesday when the MPSSAA canceled all sporting events for the remainder of the 2019-20 school year.

With Maryland Public Schools closed until at least May 15 and likely through the end of the school year, spring sports never got started this year.

However; there is one season that was abruptly canceled and that was basketball. Most teams’ seasons were over well before COVID, but the MPSSAA basketball state semifinals was set for March 12 and the state finals were scheduled for March 14.

One of a few statewide teams still alive was Parkville Boys Basketball. The Knights were in the state semifinals for the first time since 2008. They were looking for their first trip to the state finals since 1974 and first ever state title this season. The Knights were scheduled to play Springbrook in the 4A State Semifinals. If Parkville won, they would have played Richard Montgomery or Wise in the 4A State Title Game.

The event was postponed when Maryland Public Schools were closed between March 16 & March 27. When the school closure was extended to April 24, it appeared spring sports would be canceled but Knight coach Josh Czerski and the team were hopeful that the MPSSAA could squeeze in its basketball semifinals and championship games before the school year was out. The team found out on Tuesday that it would not happen.

“We were disappointed and still having some sort of hope that we would be able to play but obviously the health and safety of our boys is most important. Our goal this year was to win states and this year we knew it was attainable,” Czerski said.

“We had a great team and family culture. We had four seniors who signed with colleges to play basketball and will go on to be student athletes. Our first team all metro guard John Godinez hit a game winner in the state quarter finals to help get us to the furthest Parkville has been in over a decade.”

Although the season is now official over without a finish, Czerski said it still was a great season for the school.

“This season we were 22-3 and finished the season ranked #8 in the Baltimore Sun and region champions. The best part of the year was not only winning but watching these boys grow into young men,” Czerski added. “Our goal was to win a state title and make sure these boys grow as athletes, students, and people. We went as far as we could go and we saw tremendous growth both on the court and off.