The 80th McCormick Unsung Heroes Awards were held in a virtual format Monday night as a result of the Covid-19 pandemic. There were 114 Unsung Hero honorees who watched the live stream.

One male and female athlete were selected to receive a $40,000 Charles Perry McCormick Scholarship. One of those winners was Logan Welsh, a lacrosse player from Patapsco High School Center for the Arts. The male winner was Grant Carey, a golfer from Gilman School.

As was reported last week by EastBaltco.com, Welsh was a 12-season athlete at Patapsco on the field as she participated in a sport every season of her high school career. She was also a star as she balanced her rigorous course load to earn a 4.0 GPA.

“Sports have played a huge role in making me who I am today,” Welch wrote in her Unsung Hero essay. “Throughout my life I have played a total of six sports — soccer, cheerleading, field hockey, lacrosse and softball. The diverse range of athletic abilities have helped me grow not only as an athlete and a student, but overall as a person.”

“Sports have taught me a lot about what it takes to be successful. Success in anything means you must be willing to push yourself, whether it’s staying up late to study, running when you want to walk, or learning a new skill. You must be able to push yourself above and beyond, no matter what the outcome.”

During the McCormick ceremony, it was reported that Welch has not missed a single practice or game in all of her four years at Patapsco.

“Over the course of the last two years, I have watched Logan grow as a student and as a person. She has a strong work ethic and he puts forth great effort, not only in class, but in all her classes, her job and athletics,” said Tyler Clough, who is one of her lacrosse coaches.

According to Clough, Welsh has taken four Advanced Placement (AP) classes during her high school career with the rest of her classes being either GT or Honors. In addition to sports and academics, Welsh had other activities at the school as she participated in the school’s orchestra magnet and being the first chair in the ensemble. She also has a part time job at an athletic club as a lifeguard.

Clough told EastBaltco.com last week that all of Welsh’s hard work deserves to be recognized.

“I am proud to recommend Logan for the [McCormick Unsung Heroes]. She has been an asset to our school, and will be hard to replace,” Clough said about his nomination of Welsh. 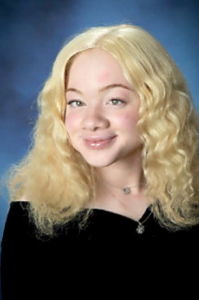 Skinner played soccer at the soccer and was born with albinism which had an impact her vision. Skinner was also described as someone with a positive attitude and as a teammate that encourages others. She is one of the last athletes to leave the field. That included waiting for teammates to finish up running laps after practice.

Her soccer coach Emily Wolf has coached Skinner for four years and told EastBaltco.com that Skinner is a true role model for her peers both on the field and in the classroom.

“Not only was she learning and developing in her sport(s), but she also had to figure out how to accommodate the limitations of her eyesight. Never did Kori use this obstacle as an excuse to not work hard or keep trying to improve,” Wolf said.
“She also never complained about this disadvantage and would often advocate for her abilities.”