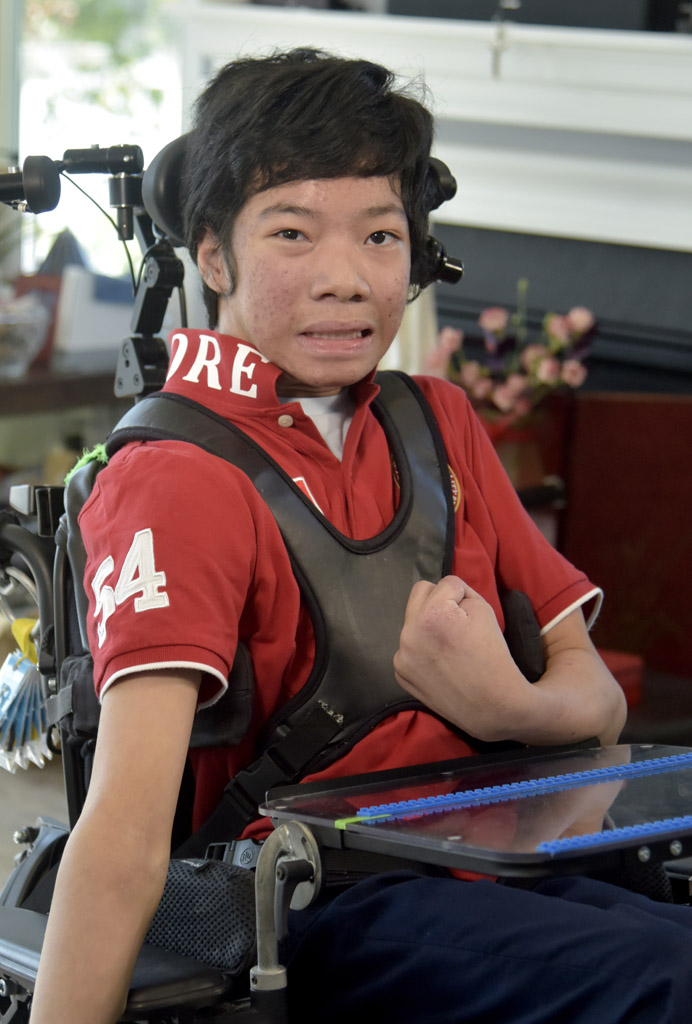 Bryce Muneses, a Grade 10 student at Perry Hall High School, was named Student of the Year by the Baltimore County Commission on Disabilities. Muneses suffered a stroke as an infant that limited his ability to control his arms and legs. He was nominated for the honor by Lori Ludwig.

Ludwig wrote: “I met Bryce when he started kindergarten at Chapel Hill Elementary School and had the honor of being his assistant throughout his time in elementary school. He liked to refer to me as his sidekick.”

She describes Muneses as “the picture of positivity, perseverance, and strength” and an excellent student. “Bryce is an inspiration to all,” she wrote. “He exudes positivity. Never does he let his inability to do something stop him from achieving his goal; he simply finds another way to get it done. . . . Other students learned a lot about patience and compassion from Bryce. . . . Often (at Chapel Hill Elementary) I hear how he has inspired someone having a rough day to keep trying even now that he has moved on. He has made quite an impression on all who know him.”