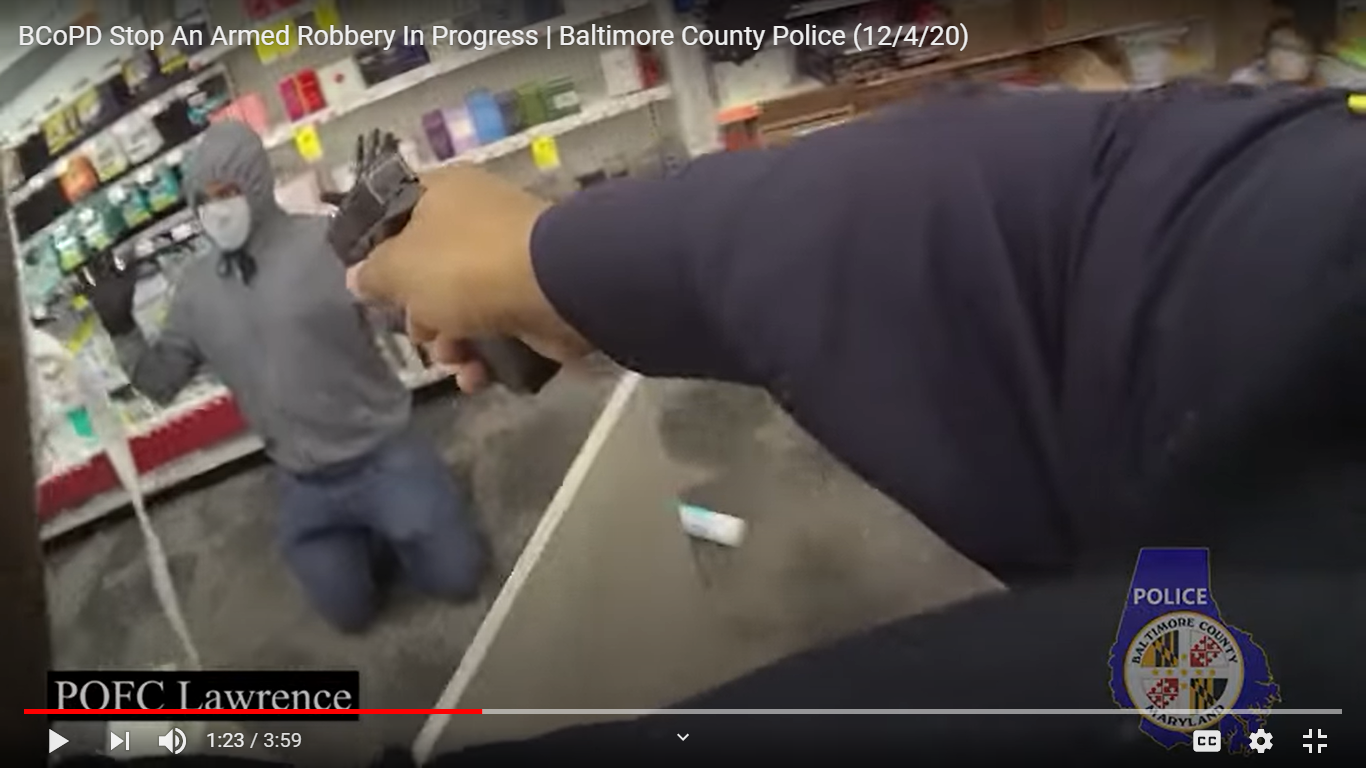 Baltimore County Police apprehended one suspect during an armed robbery in progress, and two other suspects after a brief foot-pursuit late Monday, Nov. 30.

Officers from the Parkville Precinct were in the right place at the right time Monday night, when they were dispatched to a call for a possible armed robbery in progress at the CVS Pharmacy in the 2900 block of East Joppa Road in Carney.

The store’s security company contacted police at 11:34 p.m. with information that multiple suspects were inside the store taking prescription medications and may have at least one gun.

Officers were already in the area conducting business checks during our holiday deployment and arrived on the scene minutes after the call was dispatched. Officers Lawrence and Laisure were the first to enter the CVS, encountering one of the suspects standing over two witnesses behind the front checkout counter.

That suspect, later identified as Taiquan Da’jon Fuqua (21) of the 3500 block of Branchcourt Road, 21234, was ordered to the ground. A loaded handgun was recovered on his person. Baltimore County Police have released body-worn camera video from Officer Lawrence that depicts the officers arriving at CVS and taking Fuqua into custody on our YouTube page.

A witness at the scene notified the officers that two additional suspects fled with prescription medications through the pharmacy window. Officers canvassing the area located and stopped the vehicle that the two suspects were passengers in just inside Baltimore City.

The two suspects attempted to flee on foot but were both apprehended after brief foot-pursuits. They are identified as David Roosevelt Fulgham III (22) of the 1100 block of North Bond Street, 21213 and Dylan Launclet Smith (21) of the 100 block of Peyton Road in York, Pennsylvania.

A loaded handgun was also recovered on Smith. Cash and prescription medications were recovered inside the vehicle.