Officer Bull from the Essex Precinct was conducting business checks during his routine patrol around 3 a.m. on Feb. 17, when he came across an unlocked door at the movie theater in the 7900 block of Eastern Avenue. Surveillance cameras in the theater caught the two burglars on video, making themselves some snacks in the concession stand and stealing candy and electronics. They also discharged fire extinguishers inside one of the theaters before leaving. 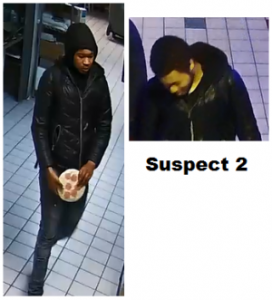 Police are asking anyone with information to contact detectives from the Baltimore County Police Burglary Unit by calling 410-307-2020. Callers may remain anonymous.

Metro Crime Stoppers of Maryland, an organization that is separate from the Baltimore County Police Department and Baltimore County Government, offers rewards of up to $2000 for information that leads to the arrest and charges in connection with felony offenses.

Person Rescued Between Rocks in Kingsville