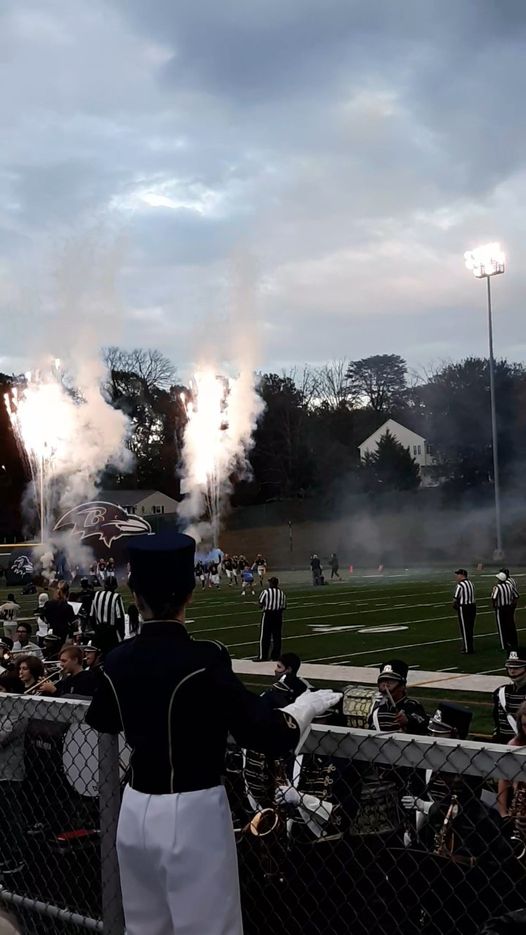 The Perry Hall-Parkville football game usually has a special atmosphere with a rivalry game but this year’s game had more excitement as the game was selected as part of the Ravens RISE High School Football Showdown game tonight for Baltimore County.

The game had a visit from the Baltimore Marching Ravens, Raven cheerleaders and Raven mascot Poe.

There was also an appearance from Raven star wide receiver Marquise “Hollywood” Brown.

Both Perry Hall and Parkville athletic departments received $1,500 each from the Baltimore Ravens.