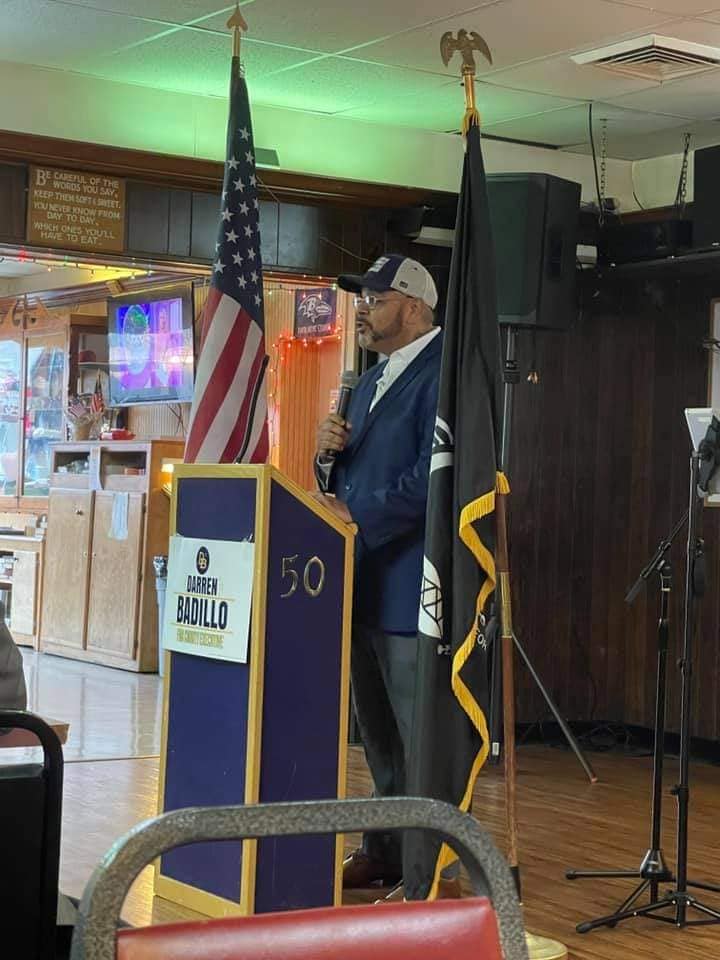 Darren Badillo has filed for Baltimore County Executive. The 38-year-old filed for the highest office in the County as a Republican on July 14.

According to his Facebook page, Badillo is a resident of Rosedale and is a Deacon at Rosedale Baptist Church.

Badillo is the only Republican to file for County Executive so far with six months left until the filing deadline in February 2022, but it appears he has the support of some of the major GOP players in eastern Baltimore County.

Badillo held a kickoff event at the VFW in Rossville and the event was attended by Republican delegates Ric Metzgar, Joe Boteler and former Delegate Pat McDonough.

“Thank you to everyone who took time to join me for my official announcement to run and win to be your next Baltimore County Executive,” Badillo said about his event.

If Badillo is able to secure the GOP nomination, he would face current Democratic Baltimore County Executive Johnny Olszewski, who announced in May that he would seek a second term. No other Democrat has filed for County Executive.