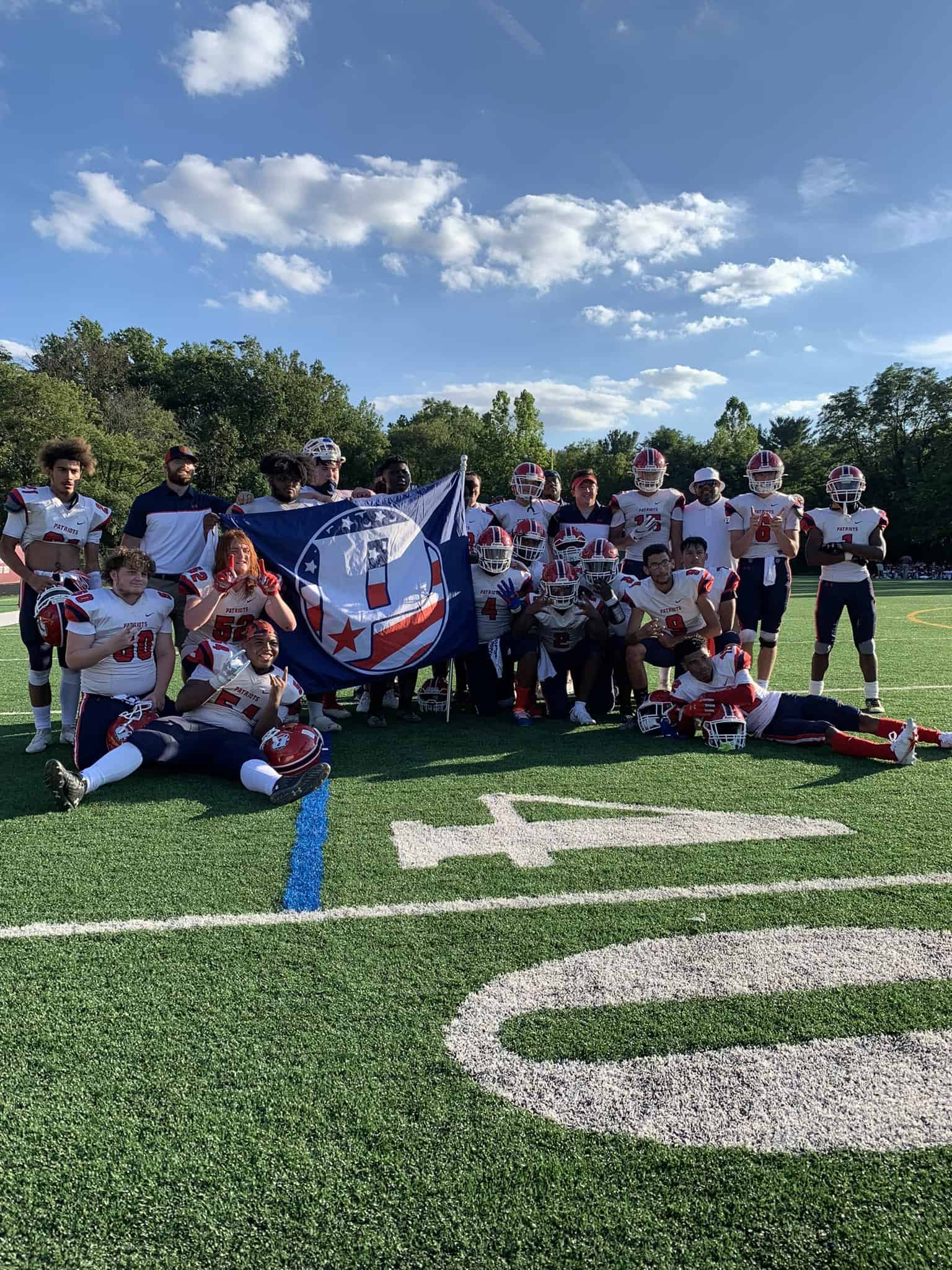 Patapsco 15 Towson 14
The Patriots started off the season with a road win at Towson. Junior Captain, Elijah Bass was the star of the game for Patapsco as his 70-yard interception return helped seal the win for the Patriots.

Dundalk 35 Century 0
Dundalk went on the road and dismantled Century 35-0. According the Dundalk Football Twitter page, Quarterback Calvin Stokes had two touchdowns passed to wide receiver Marcus Nicholson. Running back Jordan Fiorenza had a rushing TD and 50 yards rushing in the win.

Parkville 15 Woodlawn 14
The Knights started their season with a close win on the road against Woodlawn. Parkville will host Dundalk in a huge battle next Saturday.

Overlea 26 Pikesville 20
The Falcons hold on to a 26-20 win at home and will play at New Town next Saturday.

Perry Hall 46 Lansdowne 0
After going winless in 2019, Perry Hall football is back in 2021 with a blowout home win. They play Towson at home next week and travel down to Dundalk for a big game in Week Three.

Linganore 30 Kenwood 0
Kenwood took a tough loss against a Western Maryland powerhouse program. The Bluebirds travel to Woodlawn next Friday.

Hereford 49 Eastern Tech 0
Tech got blown out against rival Hereford Friday night. The Mavericks look for their first win at home against Loch Raven this Friday.

Harford Tech 35 Sparrows Point 7
The Pointers drop to 0-1 and will play at Western Tech next Friday.

Glen Burnie 15 Mount Carmel 0
Mount Carmel plays their first five games on the road and will look to win at Clear Spring this Friday night.