It appears that some of the larger schools such as Perry Hall, Kenwood, Parkville, Patapsco and Dundalk will have two separate ceremonies. Smaller schools such as Sparrows Point, Eastern Tech and Chesapeake will have only one ceremony. It was clear on how many people will be able to attend from each family.

The schedule stated times and dates are subjected to change based on health metrics. Families can expect to receive more detailed information about graduation from their school. 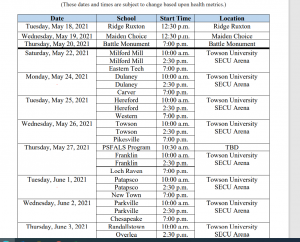 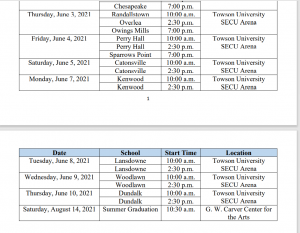