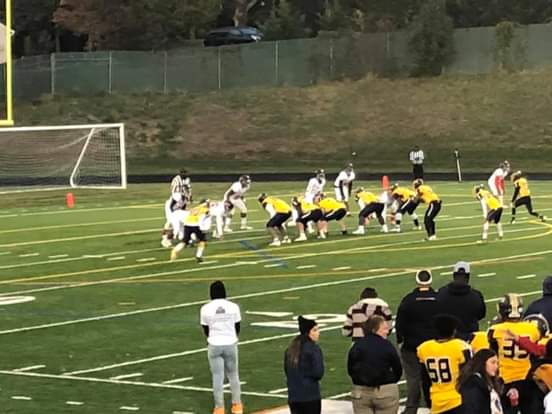 Here are first round scores for the MPSSAA football playoffs. Parkville, Kenwood, Perry Hall and Sparrows Point won and advanced. Dundalk had a bye and Eastern Tech, Patapsco & Chesapeake’s seasons came to an end.

4A East Region
5 Glen Burnie at 4 Parkville 34 5 Glen Burnie 14
The Knights will travel to Broadneck next week in the second round.

4.Kenwood 38 5. Catonsville 3
Kenwood hosted and won its first playoff game in school history. They will play at 1. Dundalk next week.

3.Perry Hall 49 6. Woodlawn 8
The Gators will play at Mervo next week.

2A North
1 Milford Mill 42 8. Eastern Tech 0
The Mavericks were looking for their first win of the year, but their season ended at Milford Mill

4 Hereford 28 5. Overlea0
The Falcons lost a close 7-0 game on Oct. 1 at Hereford, but were no match for the Bulls in the rematch

Class 2A/1A
4. Fairmount Heights 305. Chesapeake 0
The Bayhawks season came to an end with a 30-0 at Fairmount High out of Prince George’s County on Saturday.

2. Sparrows Point 48 7. Central 0
The Pointers dream season continues as they defeated Central 48-0 at home they will host a second round playoff game against the winner of Largo and Carver (Baltimore City).