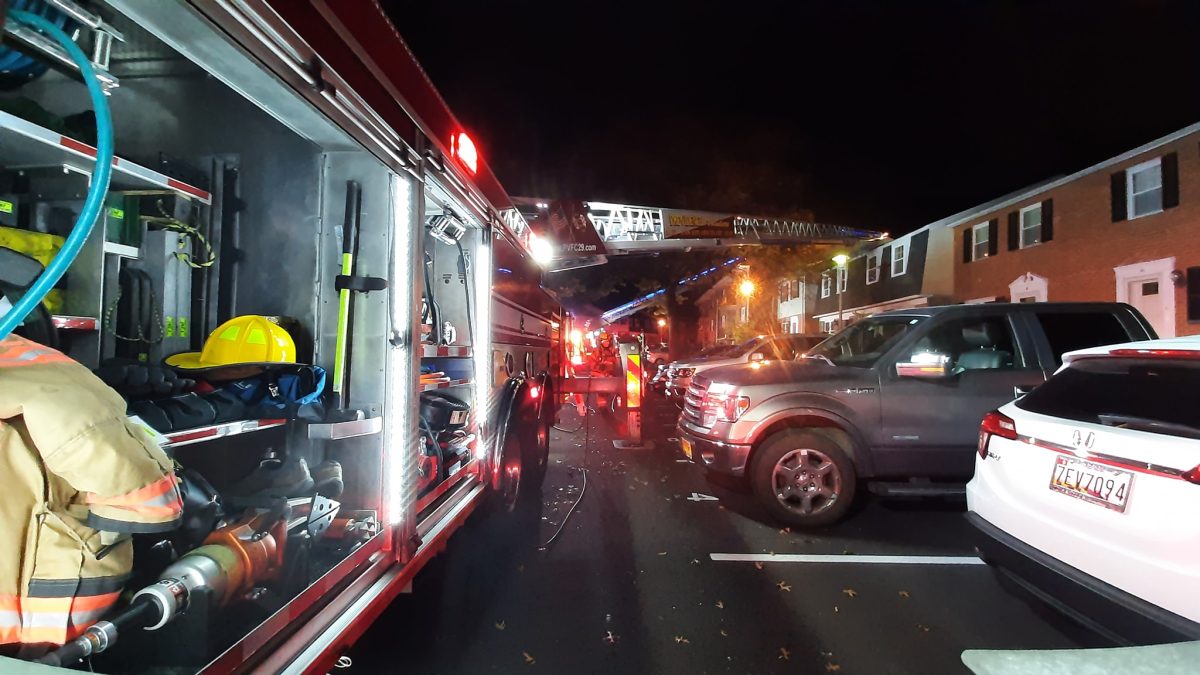 Baltimore County Fire Crews were called to an apartment fire in Perry Hall on Tuesday, Nov. 9.

Crews took an aerial to contain the fire. It was reported that the fire was quickly knocked and contained to the room of origin.