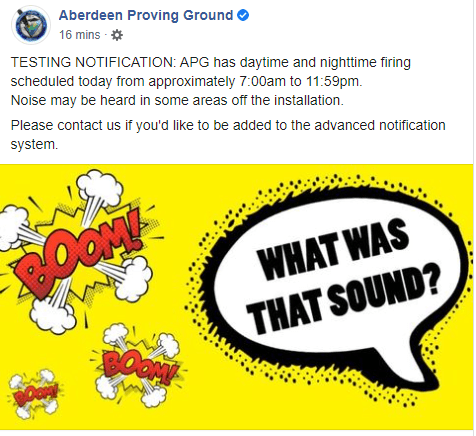 There have been post on social media post from Perry Hall to Dundalk of people that heard and felt the sounds.

“Did you hear that? We’ve received some calls & emails asking about “a big boom sound” that many people reported hearing in Eastern Baltimore County. #BCoPD has confirmed the noise originated from APG (Aberdeen Proving Ground),” said a statement from Baltimore County police.

There shared an image (above) from APG.