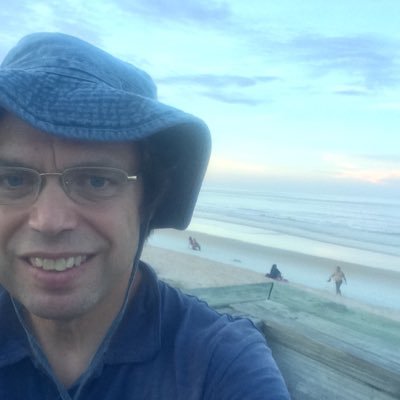 For the first time since 2000, a local legend will no longer be on the sidelines at the three Dundalk area high schools for a sporting event.

No, this is not a coach, booster or parent. It is a member of the local media. Sports editor Bill Gates is no longer with the Dundalk Eagle after 21 years.

He has had health issues and was unable to return to work before his medical leave expired. He now lives in Florida with family because it’s not safe for him to live alone due to his health problems.

As many of you know, I was a colleague of Bill when I worked at the Dundalk Eagle. I knew Bill was one of the top sports reporters in the state as I saw all the awards that he accumulated over the years before my arrival.

The one thing that I didn’t know about Bill was his dedication. He covered as many of the Dundalk, Sparrows Point and Patapsco high school sporting events as possible. If any of the two local schools were playing each other in any sport, Bill was going to cover those teams.

It didn’t matter if it was a glamour sport such as football, baseball, softball or soccer or if it was tennis, field hockey, wrestling, cross country or track and field (I can’t remember if he covered Badminton, but I am sure he did).

And that meant there were a lot of bad teams and games that he had to cover but he would be at a lacrosse game when a 1-8 Dundalk would play a 2-6 Patapsco. He never wanted to miss a Dundalk, Patapsco or Sparrows Point game.

I remember on Memorial Day weekend in either 2013 or 2014, Bill has a busy schedule. He had a track and field meet on Friday where many local students had a chance at first place finishes at Morgan State.

The next day, Sparrows Point was playing for the state titles in baseball and softball. One game was in Aberdeen and the other game was at College Park.

Of course Bill traveled to both locations which was a feat in itself, but he was upset that he couldn’t go back to the track and field event at Morgan that day.

I asked him why does he care about one event since he was there on Friday. He responded there was one student that had a chance to finish first in pole vaulting and he would feel terrible if she wins first place but did not receive any media coverage.

That’s what makes Bill such a great reporter. He loves giving the athletes recognition for their hard work.

He spoiled the Dundalk, Patapsco and Sparrows Point schools as many schools in this state only receive coverage if they win a state title.

I am sure Bill was bored during the pandemic from March 2020 until the start of the proposed sports season, which was scheduled to begin in 2021.

He was looking forward to the fall season finally starting March, but he never made it back to cover a game last year.

This weekend the football season kicks off in Baltimore County, but the sidelines in Dundalk will not be the same.