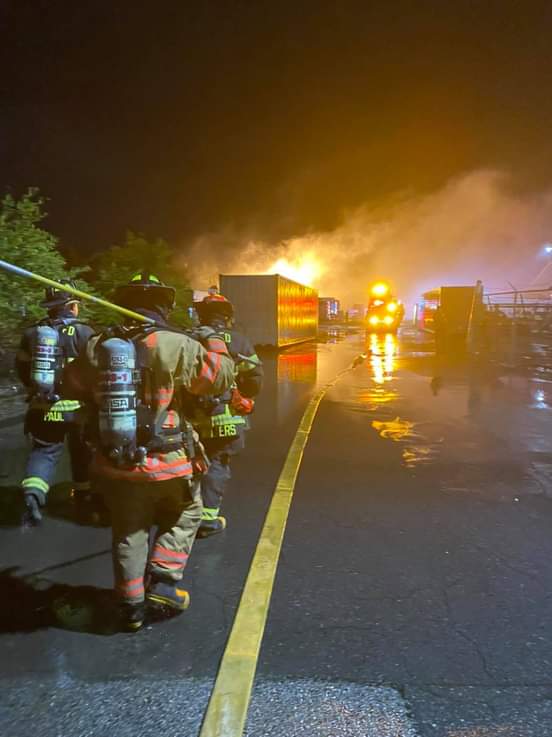 It has caused quite a show in the sky as fire & hazmat crews were on scene of a large pile of magnesium burning outside of a building in the 2300 block of Grays Road off of Wise Avenue at 8:04 p.m.

It has been reported on social media that the fire is causing a light show in the Dundalk area on Wednesday night.

No injuries reported at this time.