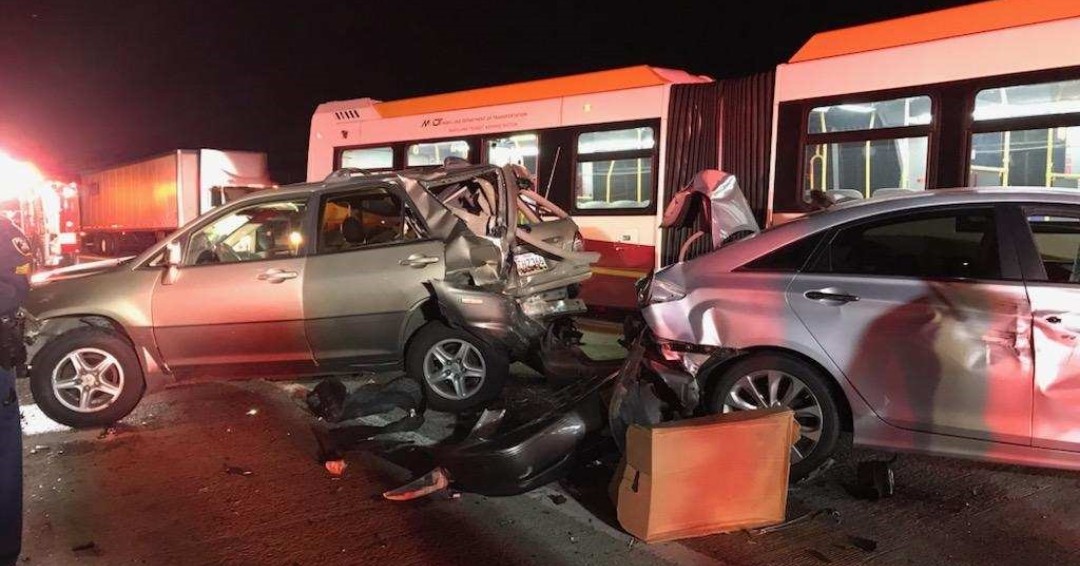 Baltimore County Volunteer Firefighters Association have reported a serious accident involving a MTA bus and multiple vehicles in Sparrows Point. The accident was reported at the intersection of I-695 and Bethlehem Boulevard on Friday after 6:30 p.m. Multiple EMS crews were on the scene.

One person was trapped and several people are reported injured.

Baltimore County Fire Department reported that two vehicles were involved in crash with a bus.

There are a total of 13 patients. Two had serious injuries and five had minor injuries. Six patients refused to be transported. Fire Units cleared the scene at 8:14 p.m. Accident investigation still on going.